Religious Exercise in the Workplace

Religious Exercise in the Workplace

What happened in Kennedy?

After a long military career, Joseph Kennedy began as Bremerton High School’s football coach. Id. at *10. Before Kennedy came to Bremerton, the football team’s tradition was to have inspirational talks that might include biblical references and to have pre-game, locker-room prayers. Id. at *19. Kennedy felt compelled to kneel at the fifty-yard line for a private, post-game prayer of thanks. Id. at *10. Kennedy’s post-game prayer was offered during a time when coaches could forgo supervising students for a short period to attend to private matters, e.g., visiting
with friends or checking sports scores. Id. at *9-10. When players asked Kennedy if they could join him at midfield, he responded, “This is a free country. You can do what you want.” Id. at *11. Kennedy allowed players, fans from other schools, and anyone else to join him if they chose to, and no one ever complained. Although this had been going on for seven years, the school district did not know about Kennedy’s prayers until an opposing coach complimented the principal on Coach Kennedy’s post-game prayers. Id. at *12.

Once the school district learned about Kennedy’s post-game, mid-field praying and the pre-game, locker-room prayers, the superintendent took action. Id. at *12. The district told Kennedy to stop any motivational talks that included religious expression, including prayer, and to avoid any involvement in prayers of students. Id. at *13. Finally, the district told Kennedy to avoid acts that are “outwardly discernible as religious activity.” Id.

Kennedy responded by ending locker-room prayers and religious references in his post-game motivational talks. Id. at *13-14. Kennedy felt pressure to end his private, post-game prayers. Id. At first, Kennedy left after the next game without his fifty-yard-line prayer. Id. at *14. But this upset him. He returned to the field and prayed. He also notified the district that his sincerely held religious beliefs compelled him to offer the post-game prayer of thanks. Id. He was agreeable to waiting until his players had left the field. Id. at *14-15. The government would not
be sated; it now gave Kennedy an ultimatum by forbidding any actions that a reasonable observer might interpret as an endorsement of religion. Id. at *15-16.

Because Kennedy continued to offer his post-game prayers on the fifty-yard line, the district announced that the field was not open to the public. Id. at *16. Still, he prayed. Id. at *17. This led the district to put Kennedy on paid administrative leave. Id. at *18-19. At the end of the season, Kennedy received his first bad evaluation. Id. at *20. The evaluators recommended not rehiring Kennedy because he refused to follow district policy requiring supervision of students. Id. Kennedy did not return the next season. Id. Kennedy then sued the district for violating
his free-exercise rights and his free-speech rights. The lower courts sided with the district.

Enter the Supreme Court of the United States

The Supreme Court accepted Kennedy’s petition seeking permission to appeal. Id. at *24. Kennedy argued that the district violated the Free Exercise Clause and the Free Speech Clause of the First Amendment. Id. at *20. Kennedy established that the district “burdened his sincere religious practice pursuant to a policy that was not neutral or generally applicable.” Id. at *27-28. The district’s policy was not neutral because the district directed its policy to religious practice. Id. The policy was not generally applicable because it prohibited only Kennedy from using the free time for his short prayers. Id. at *29. Other coaches were free to forgo student supervision for a brief time. The district did not rehire Kennedy because he failed to supervise students during the brief time he prayed. Id. Because the policy was neither neutral nor generally applicable, the district’s policy had to survive strict scrutiny. Id. at *37. Thus, the district had to show “its course was justified by a compelling state interest and was narrowly tailored in pursuit of that interest.” Id. There was no compelling district interest in stopping Kennedy’s brief prayers under the circumstances described here.

This left Kennedy’s free-speech claim. Although teachers do not lose their rights when they go to work, there are certain limits. The limits for public employees exist because the government is also employer. Id. at *30-31. If an employee speaks pursuant to the employee’s duties, it is unlikely that the First Amendment will protect this speech. Id. at *30. But protection is likely when the public employee speaks as a citizen  on a matter of public concern. Id. at *30-31. If the speech falls into the latter category, courts then balance the competing interests between free speech and its consequences. Id. The government has to show that its interest as an employer in promoting efficiency in the services the government performs through its employees outweighs the employee’s
free speech rights. Id. The district did not show that its interest as an employer outweighed Coach Kennedy’s First Amendment rights.

Title VII and its prohibition on religion-based discrimination

Under Title VII, it is “an unlawful employment practice for an employer-

42 U.S.C. § 2000e-2(a). The statute defines “religion” broadly to “include[] all aspects of religious observance and practice, as well as belief, unless an employer demonstrates that he is unable to reasonably accommodate to an employee’s or prospective employee’s religious observance or practice without undue hardship on the conduct of the employer’s business.” 42 U.S.C. § 2000e (j).

The employee must show that she “(1) holds a sincere religious belief that conflicts with an employment requirement; (2) [she] informed [the] employer of the conflict; and (3) [the employer] discharged or disciplined [the employee] for failing to comply with the conflicting requirement.” Tepper v. Potter, 505 F. 3d 508, 514 (6th Cir. 2007). If the employee satisfies these elements, the employer must “prove that it offered a reasonable accommodation to the employee, or that it could not reasonably accommodate the employee without undue hardship in the
conduct of its business. See Ansonia Bd. of Educ. v. Philbrook, 479 U.S. 60, 68 (1986). The statute requires the employer to reasonably accommodate sincerely held religious beliefs, not to accommodate an employee’s personal preferences. Dachman v. Shalala, 9 F.Appx. 186, 192 (4th Cir. 2001). An accommodation imposes an undue burden if the accommodation requires more of the employer than a small cost or burden. Small v. Memphis Light, Gas & Water, 952 F.3d 821, 828 (6th Cir. 2019) (Circuit Judge Thapar, concurring).

As Justice Gorsuch notes in Kennedy, America is a pluralistic society. Learning how to tolerate another’s beliefs is part of learning how to live in a pluralistic society. This is a character trait that is essential to a tolerant citizenry. Perhaps this is nowhere more evident than in the First Amendment and Title VII. The former demands the government stay out of a person’s religious beliefs and practices. The Establishment Clause keeps the government from establishing a national religion. Title VII brings this concept of toleration into private employment. And in the context of religion, Title VII seeks to teach employers and employees that “essential character trait” of toleration. 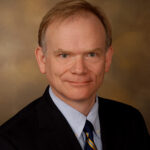