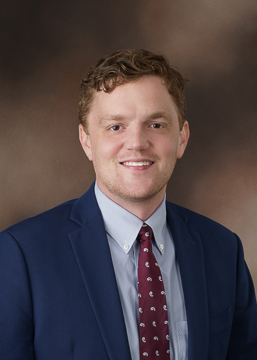 Gale Robinson, Jr. is an Associate with Rainey, Kizer, Reviere & Bell, P.L.C.  He earned his law degree from the University of Memphis Cecil C. Humphreys School of Law. Prior to joining the firm, Gale completed a two-year clerkship with Judge Thomas W. Brothers of the Davidson County Circuit Court.

While in law school, Gale served on the Editorial Board of The University of Memphis Law Review as an Articles Editor and was Chief Justice of the Honor Council. He also worked as a Dean’s Fellow for the Academic Success Program. During law school, he interned for the Honorable Tu M. Pham on the United States District Court for the Western District of Tennessee and the Tennessee Attorney General’s Office.

Gale obtained his Bachelor of Arts degrees in Political Science and Anthropology at the University of Tennessee-Knoxville.