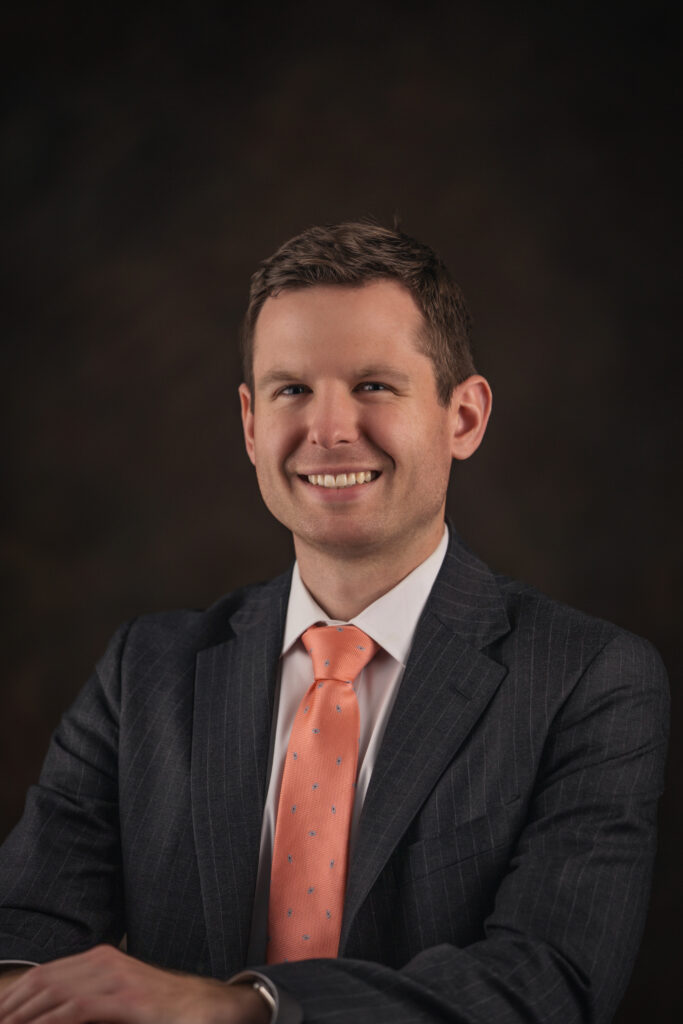 Tate Ducker is an Associate with Rainey, Kizer, Reviere & Bell, PLC, in Chattanooga, Tennessee. He is a member of the Firm’s Tort and Insurance Practice Group. Tate’s practice focuses on civil litigation defense, with an emphasis on automobile liability, premises liability, real estate professional liability, and other insurance-related matters. Tate joined the Firm in 2021 after he graduated from the Belmont University College of Law in Nashville, Tennessee.

Tate hails from Asheville, North Carolina. Before attending law school, he earned his B.S. in Economics, magna cum laude, from North Carolina State University in Raleigh, North Carolina. While in law school, Tate served as an Articles and Notes Editor for the Belmont Law Review, the College of Law’s flagship student-managed and student-edited scholarly journal. During his time on the Law Review, Tate wrote an academic work on privacy rights that was selected for publication. He was also a member of the College of Law’s Mock Trial team. As a member, Tate and three fellow teammate-advocates won the 2021 American Association for Justice Student Trial Advocacy Competition Regional Tournament. This same team competed at the national competition level and ultimately finished third in the nation. Additionally, while in law school, Tate had the invaluable experience of working as a Legal Intern for the 21st Judicial District, which provided the opportunity to work under the Honorables Joseph A. Woodruff, James G. Martin, Michael W. Binkley, and Deanna Bell Johnson.

Tate makes his home in Chattanooga, Tennessee. He enjoys training for marathons, attending concerts, and traveling to new places in his spare time.

“Orwell’s 1984 ‘Big Brother’ Concept and the Governmental Use of Facial Recognition Technology: A Call to Action for Regulation to Protect Privacy Rights” 8 BELMONT LAW REVIEW 600 (2021).